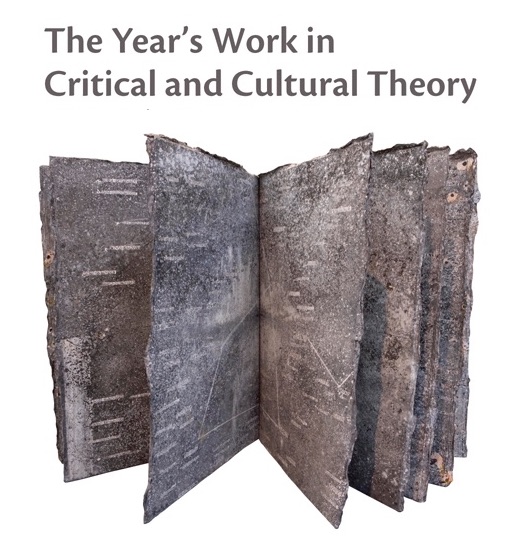 The journal This Year’s Work in Critical and Cultural Theory, published once a year by Oxford University Press, reports on the some of the most important publications and developments in literary and cultural criticism. In the recently-published 2018 version, the article covering developments in ecocriticism, written by John Charles Ryan, describes the “germination” of empirical ecocriticism as one of the most noteworthy developments in the field in 2018. On pages 11-12, Ryan writes:

An intriguing development in 2018—sharing ground with affective and material approaches but pushing boldly into transdisciplinary domains—is empirical ecocriticism. A website convened by Wojciech Malecki, Matthew Schneider-Mayerson, and Alexa Weik von Mossner defines this nascent branch of ecocriticism as ‘the empirically-grounded study of environmental narrative—in literature, film, television, etc.—and its influence on various audiences’ (Empirical Ecocriticism, unpaginated). Their approach centres on the testing of hitherto unsubstantiated claims integral to ecocriticism and the environmental humanities, particularly the narrative engendering of ecosocial values such as conservation ethics and empathic regard for more-than-human life. The conveners delineate four features of empirical ecocriticism; it is: (a) empirically focused and draws from methods employed in disciplines such as environmental psychology; (b) amenable to qualitative and exploratory approaches; (c) concerned with narrative affect; and (d) engaged critically with theories of what constitutes ‘empirical data’. As with other branches of ecocriticism, empirical ecocriticism gained traction and engaged in formative debates during a roundtable at the 2019 Association for the Study of Literature and Environment (ASLE) conference. While empirical ecocriticism continues to germinate, however, some ecocritics—although not explicitly in reference to this new ecocritical branch—have expressed a reluctance to measuring the utility of environmental narratives. As a case in point, in Bad Environmentalism, Seymour cautions against instrumentalist ecocritical approaches that replicate ‘the didactic and prescriptive tendencies of mainstream environmentalism and potentially [detract] from the real job of criticism: to see how cultural works present us with problems and make things messy rather than neatly resolving them’ (p. 28). This is not to burden nascent empirical ecocriticism with the bugbear of instrumentalism but rather to signal potential challenges and invite dialogue around the implications of empirical methods for critiquing environmental texts.

So how will empirical ecocriticism operate? What does the shift away from thematic analysis towards an assessment of the work performed by a text actually look like? Schneider-Mayerson’s article ‘The Influence of Climate Fiction: An Empirical Survey of Readers’ presents a lucid example that also addresses concerns of temporality, scale, and affect dominating ecocriticism in 2018. Emphasizing dimensions of readership, impact, and influence, this empirical study of US respondents concerns the reception of environmental literature and, more specifically, the effect of climate fiction, or cli-fi, on readers. Putting into practice ‘an empirically grounded, interdisciplinary approach to environmental narrative’ (p. 474), Schneider- Mayerson analyses the widespread claim that climate narratives—novels, plays, short fiction, poetry, children’s literature, and other genres—build climate consciousness and, thus, are generative of environmentally sustainable politics and practices. The study indicates a consensus among readers that cli-fi offers a medium for imagining possible climate futures. Cli-fi helps to overcome the spatiotemporal distance of the Anthropocene, concretizes abstract constructions of the future through reference to the materiality of narratives, and elucidates ‘what is otherwise invisible: the gradual socioecological changes that occur too slowly for human perception’ (p. 484). Cli-fi narratives innervate readers’ capacities to envision future scenarios by engendering spatial proximity and reducing spatiotemporal distance. What’s more, these narratives give voice to anxiety, regret, loss, and other Anthropocene affects while inviting empathetic engagement with human and more-than-human victims of anthroturbation. The article concludes by affirming literature’s role in compelling audiences ‘to imagine potential futures and consider the fragility of human societies and vulnerable ecosystems’ (p. 495). An empirical approach also opens up possibilities for applying qualitative methods to literary works other than novels. Climate change poetry, for instance, has grown substantially of late, as indicated by the anthology Big Energy Poets: Ecopoetry Thinks Climate Change, edited by Heidi Lynn Staples and Amy King. An empirical assessment of the work performed by climate change poetry might employ qualitative strategies to identify how poetry and poetic thinking close spatiotemporal distance and cue critical awareness of Anthropocene urgencies.

Many thanks to Dr. Ryan for his thoughtful discussion of the emergence, potential, and challenges of empirical ecocriticism. We would love to see a study on the influence of climate change poetry on its readers, of course. Any takers?

The primary mission of the Empirical Ecocriticism website is to facilitate interdisciplinary scholarship by offering forums for cross-disciplinary communication.